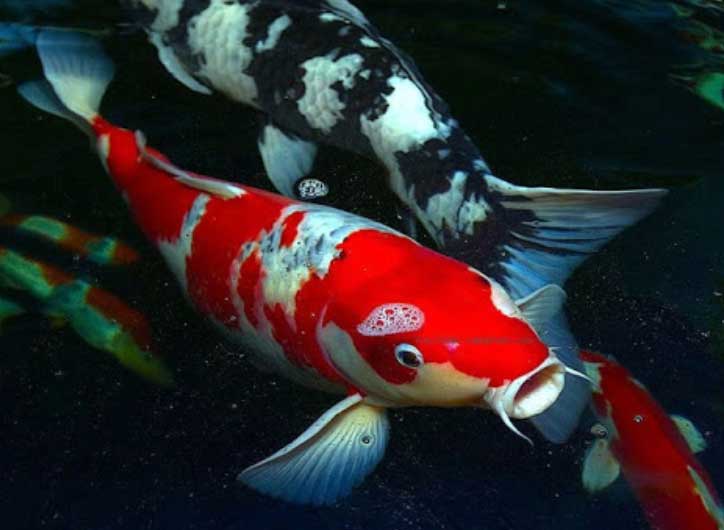 Our tattoos not only have to be beautiful, but should also convey sensations, messages that transcend the image and, ultimately, transmit those messages.

If we think about symbology, straight away Japanese culture comes to mind. An ancient culture, tradition, filled with legends, and in which tattoos play a very important role in its history for millenia.

Today we would like to tell you one of those legends, the Koi fish. We’re sure you have seen this type of tattoos before, but do you know its meaning?

The Koi fish, which in Japanese is known as Nishikigoi (colored carp) is an original type of Koi originating in China. They are very colorful fish, that live for a long time (more than thirty years) and they have a relaxed personality (to the point that it is believed that they are capable of recognizing their owners). At the beginning of the 20th century, the Emperor Hirohito introduced them in the pond at the Imperial Palace, which automatically popularized their breeding within the Japanese population.

Probably due to their looks and their traditions, a Legend was created that connected this beautiful animal with dragons. Long ago, Koi fish used to go against the current, upstream, until reaching a waterfall that was very difficult to jump up. The demons nearby got up to some tricks and decided to have fun making the waterfall even higher. Many of the fish gave up, but some kept trying to jump for a hundred years, until one of the persistent carps managed to jump high enough to get to the top of the last waterfall, which was called “the Dragon’s Door”. The Gods wanted to reward the small fish’s achievement, turning him into a heavenly dragon. From then onwards, any Koi fish that reached the waterfall were transformed into a dragon.

In Japanese culture, if you choose a tattoo with this animal, you are symbolizing perseverance, wisdom and strength against adversities of the dragon fish. It is also associated with good fortune and the image of victory.

On many occasions this tattoo is associated with the lotus flower, another of the great Japanese symbols, which reinforces the message of determination and effort, as this flower is capable of being reborn from mud. The chosen color of our tattoo will also influence on the sensations that are transmitted by the tattoo.

At The Inker Tattoo Studio we count on specialized and skilled tattoo artists in Japanese style, which will make your tattoo into a piece of art. Visit us and tell us what you would like to convey. Our artists will advise you on the best option so your tattoo can transmit your message in the most unique and beautiful way.

We look forward to seeing you!